Since the invention of the vehicle, the way people travel has drastically changed. From the two-horse open-top carriages of the past to the fantastical horsepower cars of the present, the direction of transportation has always been set to become faster and sleeker, leaving the old, sputtering Herbie behind.

Today, electric vehicles have disrupted and taken the reins of the automobile industry.

According to the Edison Electric Institute, it is expected that 18 million EVs will be on the road by 2025. Auto manufacturers do not want to be left behind in this electric revolution. Learning from the success of Tesla, manufacturers like Audi, Porsche and Mercedes-Benz are some of the many rolling out EVs. With minimalistic aesthetics and tablets replacing traditional dashboards, today’s EVs look a lot like spaceships out of a sci-fi novel.

However, not everyone is looking to the designs of the 2020s for the future of transportation. Some are looking back to the golden age of automobiles for inspiration with the creation of vintage electric vehicles.

Electric cars are greener than gasoline-powered cars, but manufacturing is a different story. A Massachusetts Institute of Technology Energy Initiative study found that the battery and fuel production for an EV generates higher emissions than the manufacturing of a standard automobile.

This can be an alarming stat for those looking to lower their carbon footprint, but an even more alarming truth is that the industry is not addressing this issue. In 2020, McKinsey & Company did an analysis of the auto industry’s priorities. Lowering manufacturing emissions for cars was not a high priority.

Vintage cars have the luxury of already being produced or, if newly made, often require little manufacturing. The combination of avoiding heavy manufacturing emissions and going electric could be a great pathway to greener transportation for the average consumer.

Who is pushing for vintage electric vehicles?

John McMillian, founder and designer of Shockwave Motors, Inc. and joint head of Electric Car Conversions, shares this vision of greener transportation from start to finish.

With more than 50 years of experience under his belt in the car industry, McMillian has seen the rise of EVs firsthand. What sets him apart from others is McMillian’s expertise has always been in electric vehicles.

From age 12, he has been electrifying anything he could get his hands on. The first was a go-cart that he converted into an EV with a top speed of 30 mph. He went on to research and convert an NSU Prinz into an EV in high school. His interest in e-mobility continued into college as he converted and built a variety of EVs. McMillian was a local celebrity in his college town as he was known to ride around in a street-legal electric car built on a VW chassis.

Vintage electric vehicles are no stranger to McMillian in his experience, so it comes as no surprise that he would turn this into his calling.

“My goal became to design the most efficient electric vehicle that I could,” McMillian said.

The Defiant EV3 Roadster is that vision.

It is a sporty, “purpose-built” EV that looks like it is driven by Mr. Jay Gatsby. Bright red (or black) with a delta design of three wheels, one in the front and two in the back, this car is an ode to a forgotten time.

More important than the looks, the build is a greener process as well. Due to the simpler modular design and assembly, there is no heavy manufacturing required. Shockwave Motors does not even think of itself as a manufacturing company. They view themselves as just an assembling team. This means a lot in terms of emissions.

Additionally, McMillian does not want the future of Shockwave Motors to be overseas. He wants it to be local to the hills of Tennessee. The Defiant EV3 Roadster was performance tested in the Volunteer State, and having assemblage happen in Tennessee requires fewer emissions than traveling these vehicles halfway across the world.

How do vintage electric vehicles perform compared to modern vehicles?

Just because the style is older, doesn’t mean the technology is old. Beyond having an electric motor, a vintage electric vehicle can come with all the beloved amenities modern cars have. Bluetooth, air conditioning, defroster, heater and other add-ons are within the realm of possibility for these cars.

They are also designed to be safe like modern cars as well.

The three-wheel design for the Defiant Roadster allows for less rolling resistance at slow speeds and reduces power requirements at higher speeds, which was perfect for the hills of East Tennessee where several years of performance testing happened.

With a range of up to 325 miles per day for the average commuter and a full recharge in 8-hours from a 120-volt outlet, this car shows exactly what a vintage EV can offer in comparison to a modern electric vehicle.

However, the design of the Defiant is very different from the popular EVs on the market today. That classic exterior is a stark contrast to the toned-down monochrome style of other EVs like the Ford Mustang Mach-E or the new VW ID.4.

Do the aesthetics of the car’s exterior have to match the futuristic technology under the hood?

McMillian does not think so. He thinks vintage EVs will attract a market for car owners looking for some individuality in their vehicles.

“In the parking lot, there’s been times I’ve had to look very closely to find which car is mine, a little extra window over here and one over there, but generally, they all look alike. We wanted something that would be different and have some personality,” McMillian said. “We wanted something with attitude… We named the roadster Defiant because we are defiant… We’re relentless. We just don’t give up.”

If you can’t afford a modern electric vehicle, how could you afford a vintage one?

Looks are not the only thing that makes vintage electric vehicles stand out. It’s also the price tag.

“We wanted a vehicle that was fun to drive, safe, economical and affordable because we want the average person to be able to drive one of our vehicles,” McMillian said.

McMillian is on the right track with this, as affordability can be one of the biggest deterrents for car owners when it comes to EV adoption.

According to Kelley Blue Book, the average EV costs “$51,532… That’s more than $11,000 higher than what you’d pay at the dealership for a full-size gas-powered car and nearly $30,000 more than the average compact car sale.”

The Defiant EV3 Roadster challenges this stat, with a jaw-dropping $24,950 price tag (or about $19,950 after Federal electric vehicle tax incentives are applied).

Along with the price of the Defiant, McMillian noted the cost and environmental savings that come from switching to electric.

According to McMillian, each Roadster, if driven about 15,000 miles a year, saves about 30 barrels of oil, and “… with the combination of virtually little maintenance, you’re going to save about $4,500 a year [in comparison to the average gasoline-driver] and that’s awesome.”

“Bottom line,” McMillian said, “we believe in putting people first, the welfare of our planet next and finally making a profit last.”

For a limited time, Shockwave Motors has launched an Equity Crowdfunding campaign to raise working capital for operations, expansion, and to accelerate new products to the market. To be at the forefront of the production of this vehicle, check out the campaign here. 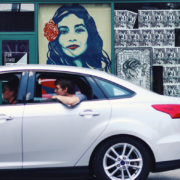 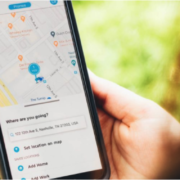 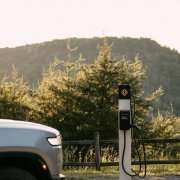 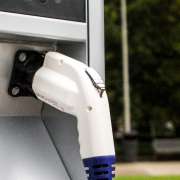 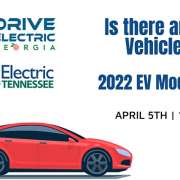 Webinar Recap: “Is there an Electric Vehicle for me? 2022 EV Model Review” 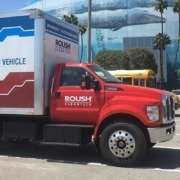 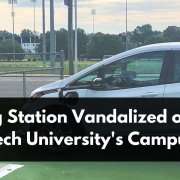 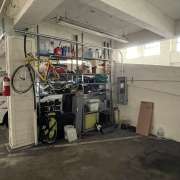 6 Free Apps EV Owners Need For Their Next Road Trip